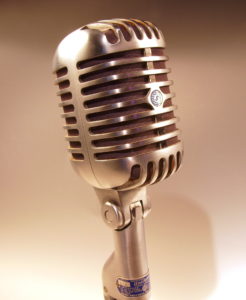 Photo by Holger.Ellgaard (Creative Commons)
This commentary is based on an interview conducted by Reasons to Believe (RTB) with origin-of-life researcher Robert Shapiro. It was recorded on an unknown date prior to his Dr. Shapiro’s death in 2011.

One cannot listen to Dr. Robert Shapiro without being struck by this synthetic chemist’s brilliant mind and impressive credentials. He is well-studied in the multi-disciplinary field of origin-of-life (OOL) research, and the elegant simplicity of his illustrations reveals his depth of understanding. As an independent thinker, he sustains an unrelenting critique of the OOL community from a position of agnostism. From this detached perspective, he evaluates experimental details without philosophical duress or (apparent) financial reprisal. He asserts that unfounded assumptions hinder the advance of the OOL discipline and that the research community needs to start over from scratch with a more open-minded intellectual agility. His self-described exile by the scientific community seems to expose the establishment’s pre-commitments that are grounded in something that is less constructive than the scientific objectivity that Shapiro seems to demonstrate more authentically. The fact that life’s definition is elusive and ill-defined seems to justify his position: “When I get to something [where] I do not know the complete answer (which covers, I think, even the mystery of our existence), I’m not ashamed to say I don’t know and to go on from that. So, [agnosticism is] the best label to apply to me.”

Shapiro is able to step back from the detailed chemistry that confounds most and view the big OOL picture. He then authoritatively states what the layperson had hoped was obvious: organic molecules are not alive, irrespective of their abundance and diversity. Moreover, more time does not solve the problem. Life requires more than just chemical reactions; it requires complex organization. We simply do not comprehend its origin.

Shapiro dislikes the use of the term “prebiotics” when applied to meteor composition due to the unfounded assumption that such chemicals would become “biotic” under some yet-to-be-determined circumstances. Rather, he believes that the “massive molecules” that characterize biological systems on the contemporary Earth run counter to what chemists currently know and can explain. He points out that the very scientists who claim to recreate the first unguided steps toward life on early Earth are actually conducting carefully controlled experiments, magnificent in terms of their design by intelligent agency. After all, organizing complexity is not what we typically find in chemical milieus governed by second law of thermodynamics. Is it reasonable to believe that, once upon a time, some highly significant, albeit unguided, reactions somehow capitalized on localized releases of energy to self-organize and advance in their complexity when no experiments have been conducted to support this notion?

It is beneficial, as well as somewhat refreshing, that all critiques are not being made by creationists. Internal disagreements between replicator-first and metabolism-first OOL camps provide insight into the shortcomings of each. Few secular researchers are willing to openly acknowledge the flaws of both positions and suggest taking an entirely different approach. Shapiro is critical of bottom-up research of chemical mechanisms carried out in pristine laboratory settings as guided by ingenious investigators. He is also critical of top-down paradigms. Whereas biologists see the uniformity of materials that compose living organisms as our greatest clue towards a viable OOL solution, Shapiro considers the continuity of life’s structure as something that may be misleading scientists, diverting their attention from the exotic reactions that might be found to spawn life.

Shapiro seems to think that life should occur fairly readily under the right conditions, so that’s what researchers should be looking for — but we don’t seem to be finding it here on Earth. He seeks a self-sustaining set of reactions that might occur under a set of circumstances and conditions of which we are not yet aware. This is why he believes that the exploration of other celestial bodies within our solar system (and experimental reach) is important. He is excited by the prospect of finding novel, independently developed life-forms on the icy moons of Saturn, but he likewise acknowledges that such life might not relate to the origin of contemporary life on Earth. He makes a subtle but important distinction between finding life and finding the origin of life. Furthermore, recognizing that directed panspermia only re-locates the OOL question, he views this position as a last resort when all other feasible exploration and research endeavors provide no answer. He espouses “science of the gaps,” then perhaps “aliens of the gaps,” but never “god of the gaps.”

Though Shapiro rightly points out the proactive role of the investigator in OOL research, he by no means accepts intelligent design as a tenable explanation for the origin of the universe or life. He politely, but rigidly, insists upon both philosophical and methodological naturalism, and he fully anticipates that naturalistic answers will be found through ongoing research. This provides the opportunity for Hugh Ross, PhD, to explain the importance of the RTB creation model that offers testable, scientific predictions based on various worldviews in order to see which one yields the best empirical results as more and more scientific data becomes available.

Referencing the RTB model, Fazale Rana, PhD, remarked that the extremely unlikely appearance of life during the hostile conditions of early Earth might be in accord with Earth’s description in Genesis 1:2. (Interestingly, Shapiro basically equates the term “miracle” with highly improbable natural occurrences.) After all, there appears to be both fossil and isotopic evidence supporting the presence of fairly complex life right after the inhospitable conditions of the late heavy bombardment around 3.3 to 3.8+ billion years ago. The ensuing divide between Rana and Shapiro shows the RTB creation model at work. Rana has no problem with data supporting life soon after the late heavy bombardment or even before. In contrast, Shapiro doubts the data on naturalistic grounds, moving first-life to a more comfortable data point — 2.8 billion years ago, “when life was probably very peaceful.” Accumulating evidence will increasingly support either Rana or Shapiro on this matter, yet even Shapiro’s accepted date for first-life doesn’t elucidate the mechanism of its arrival. Shapiro admits that “only time will tell, and time is not amicable to us.”

Shapiro finds his time and place in the universe to be limiting but, in reality, they are most favorable:

“From one man he made all the nations, that they should inhabit the whole earth; and he marked out their appointed times in history and the boundaries of their lands. God did this so that they would seek him and perhaps reach out for him and find him, though he is not far from any one of us.” Acts 17:26-27

When confronted with the possibility of the supernatural, Shapiro respectfully relegates anything beyond human senses and empirical proof as being something other than the science and the subject at hand. He stalwartly insists upon keeping the domains of science and philosophy separated into non-overlapping magisteria (NOMA), yet he is not immune to a desire for something more. It is with some vulnerability that he states, “Well, to me, our very existence is a wonder…a wonder, a surprise, something that’s awesome.” Perhaps his affection for “a [fictitious] place called Xanth where every human being had some magical property” is a trace of the unrealized capacity for eternity burning within.

“[God] has made everything beautiful in its time. Also, he has put eternity into man’s heart, yet so that he cannot find out what God has done from the beginning to the end.” Ecclesiastes 3:11

Why would materialism lead to the conclusion that anything (much less everything) can be known? That which is bound by time and space cannot reach up to transcendence but rather transcendence must reach down to bestow not only knowledge but the very capacity for it. In a way, NOMA assumes that the philosophical realm does not align with the natural world – a dichotomy which is consistent with the naturalistic worldview, as alluded to by philosopher Kenneth Samples. Even so, the naturalist uses the same human brain to carry out the philosophical reasoning and logic as he does to conduct and accept science.

During the interview, Shapiro acknowledges that no one knows why there is something rather than nothing but then stops short. Perhaps the mystery of life is meant to lead us beyond the boundaries of empirical investigation – not to life’s origin but rather to its Source.

Make your own tracks…Another synthetic chemist, James Tour, PhD, addresses his colleagues regarding the search for life’s origin: http://inference-review.com/article/an-open-letter-to-my-colleagues.