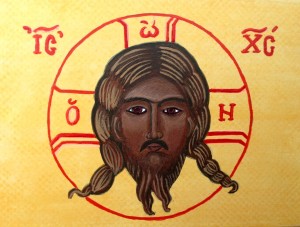 Therefore, you kings, be wise; be warned, you rulers of the earth. Serve the Lord with fear and celebrate his rule with trembling. Kiss his Son, or he will be angry and your way will lead to your destruction, for his wrath can flare up in a moment. Blessed are all who take refuge in him.
Psalm 2:10-12

“In the beginning God created the heavens and the earth. Now the earth was formless and empty, darkness was over the surface of the deep, and the Spirit of God was hovering over the waters. And God said, ‘Let there be light,’ and there was light.” Genesis 1:1-3

The presence or absence of light seems pretty simplistic. With no conscious effort, we flip light switches on and off 24/7, as needed. But light is anything but simple. In fact, the nature of light has baffled the most brilliant scientists for decades. The conundrum lies in that light exhibits two seemingly different natures simultaneously. For lack of a single term to characterize it, light is said to have “wave-particle duality.” This means that light sometimes appears to behave like a propagating energy wave (with no mass). But then change the experimental set up, and as if on a whim, light taunts the watching and waiting investigators of the natural world by acting like a particulate. Particles typically have mass, but light does not. This paradox is vexing and perplexing enough that it can’t just be ignored. Terms that once seemed quite basic…”matter,” “energy,” “particle,” “wave”…now must be continually redefined to try to make sense of it. It’s kind of a big deal because the properties of light are key to understanding the cosmos. Every equation relating to general relativity (that I can remember from college physics, anyway) includes the constant “c,” which represents “the speed of light.” Yet at the beginning of the 21st century, we still lack illumination regarding exactly what this radical radiation is like. Fascinating though…in the ancient book of Genesis, even before the Sun could be seen in Earth’s sky (vs. 14-18), light already defined universal boundaries yet to be discovered.

And then, as I’ve mentioned before, there were creatures. And among them were sheep. Sheep do not know about the boundaries of the universe. It’s my understanding that they are not really that sure about how to find grass. This said, you may be insulted to learn that God often describes his followers as sheep. No one likes the idea of being helpless and dependent, even if they are. But when the frailty of the human condition becomes unavoidably apparent at a funeral, it is Psalm 23 that is commonly read to bring comfort. A psalm written from the perspective of a sheep, albeit a well-cared-for one. It is a well-known wellspring of words that flowed from the heart of God through David, a man who guided and protected the flock in his father’s pasture long before ruling the nation of Israel.

Admittedly, however, sheep do have one innate capability: voice recognition. Though spread out over wide expanses and mixed together with other herds, they know how to gather when they hear the distinct call of their Good Shepherd. In fact, a sheep might tell you that vision is overrated, for most threats come by night. Better to stay within earshot of the One with the staff that nudges strays, but whacks predators. Lots of animals can see in the daylight, but no matter what the commotion, only ovine ears accurately identify the specific voice signature that matters.

But beyond the typical sheep of the pasture, the Holy Scriptures are replete with references to the rather mysterious, other-worldly-sounding Lamb of God. The Lamb who opened not his mouth as he was led to the slaughter. Who died in submission to the will of the Father, though he had the authority to call upon legions of angels to rescue him. The Lamb who came to dwell among other sheep, but they knew him not. But this Lamb has yet another nature. You see, under the right conditions, he is quickly recognized as a Lion. Lambs may willingly submit to injustices, but lions take charge and call the shots. And this Lion sets things right, not with a wooden staff but with an iron scepter. (Psalm 2:9) You just can’t read the Bible for too long without coming to the conclusion that the Lamb of God who was slain is also the Lion of Judah who will reign.

How can two contrasting natures impossibly coexist? Herein lies the quandary of both theologians and physicists. Examination of unfolding changes in the space-time continuum are likely to elucidate these matters for both in short order.

Make your own tracks…Enjoy some retro reading from C.S Lewis’ “Lion, Witch and the Wardrobe”:

“Aslan is a lion–the Lion, the great Lion.” “Ooh” said Susan. “I’d thought he was a man. Is he–quite safe? I shall feel rather nervous about meeting a lion”…”Safe?” said Mr Beaver …”Who said anything about safe? ‘Course he isn’t safe. But he’s good. He’s the King, I tell you.”

And finally, just when you thought it was safe to listen to my music recommendations, take in some retro alternative rock tunes from AudioAdrenaline: “Mighty Good Leader” from Underdog, 1999.